A rescue story of Momma 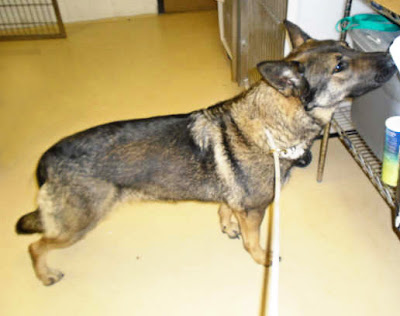 It's been a busy week for German Shepherd Rescue Alliance of Wisconsin. Here's a true rescue story that I thought you might enjoy. It expresses exactly why I do what I can for this amazing dogs and a wonderful group of volunteers.

Earlier in the week the Milwaukee police were sent to evict a homeless man from a vacant building. When they got there they found the man had 10 dogs with him. A female German Shepherd Dog and her nine 5mo old pups. The guy hoped on a bicycle and took off calling all the dogs to go with him. It took the police, Madacc (Milwaukee Animal Control) and citizen volunteers some time to round up all ten dogs which finally ended up at Madacc. Reports say the dogs were all in good shape and well groomed.

Now here's the sad part, later in the day, the homeless man showed up at Madacc to see if he could get his dogs back. Now there were fines to the tune of thousands of dollars attached to all the dogs and obviously this man was in no way able to pay, so with little recourse, he surrendered the dogs to Madacc.

Word went out to area rescues, and of course, the pups were all snatched up within 24 hours, but Momma was left behind. See, no one wanted her - she's not very young, very cute or even puppyish.

One of GSRAW's volunteers, Jodie, went to Madacc this week to evaluate a couple dogs and saw what a nice dog Momma was and Rylee has volunteered to foster her. So GSRAW is pulling her on Saturday.

This little story didn't make the newspapers or TV news. In the big picture it probably isn't such a big deal, is it? But in the life of one Momma dog who just lost her pups, her freedom and her best friend, I'm sure it's huge that people cared enough to give her a new life also.


THANK YOU to everybody who has helped with the dogs this week. In addition to Momma, three other female dogs have foster homes thanks to Kyra, Michelle and Jodie. Transports across two states have come together with another big THANK YOU to Bernadette, Ellie, Sonia, Rylee, Gailee and Chris C. 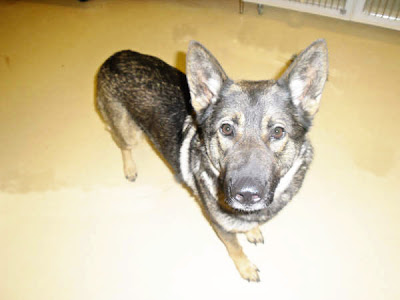 So Momma, as she's been called for the past 10 days, will be coming to us for a reprieve and a second chance. I'm thinking of changing her name to Mara or Mira, or maybe Moya as all are tied to the name, Mary meaning great mother.

Besides, there can only be one "Mama" in this house.

Email ThisBlogThis!Share to TwitterShare to FacebookShare to Pinterest
Labels: dogs